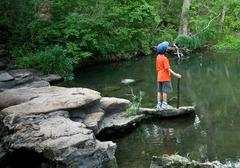 Introducing the Central Texas Feral Hog Task Force, a collaborative regional effort to track and abate the extensive ecological and economic damage associated with invasive feral swine (Sus scrofa). Texas is home to an estimated 2.6 million feral hogs with an impact that may exceed $500 million annually.​ The Central Texas Hog Task Force has developed an Action Plan, facilitated partnerships and employed cutting edge technology to protect our land and our water from the devastating effects of invasive feral hogs but WE CAN’T DO IT ALONE! ​

​In 2021, The Central Texas Feral Hog Task Force – referred to as “the Task Force” – is continuing ongoing efforts to reduce damage resulting from feral hog activity as part of regional management efforts. 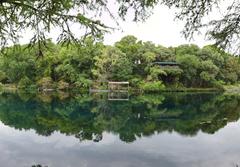 Thanks to interlocal agreements between Hays, Caldwell, and Guadalupe counties, a total of $37,500 were invested in feral hog management through bounty programs, trapping kits for landowners, aerial gunning operations, and educational programming managed by the Task Force. This funding was used to remove 2,877 feral swine and is estimated to have mitigated approximately $1,438,500 in ecological and property damage to landowners across the region in 2020. In terms of investment, that reduction is approximately the same as saving $38.36 in damages for ever $1.00 spent.

The Task Force has partnered with has partnered with The Meadows Center for Water and the Environment at Texas State University, the Cypress Creek Project, the San Marcos Watershed Initiative and the Plum Creek Watershed Partnership, as well as with Caldwell, Guadalupe and Hays County.

The Task Force offers this website for anyone interested in learning more about feral hogs.  View out resources for the latest research on feral hog research, population dynamics, trap designs, and more.

connect with local hunters and trappers

​To monitor and reduce the economic and biological impact of feral hogs to the land, water and wildlife species of Central Texas​. 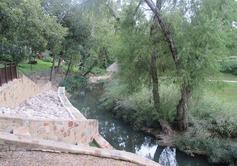